Our company leaders and field supervisors have multiple years of experience with the company and in the landscape industry, including a team of proven landscape professionals. Our entire staff takes personal pride in their work and builds strong trust with every customer by practicing a hands-on approach for each project. 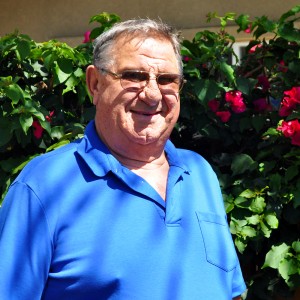 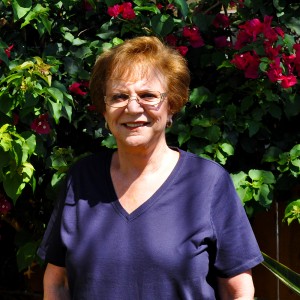 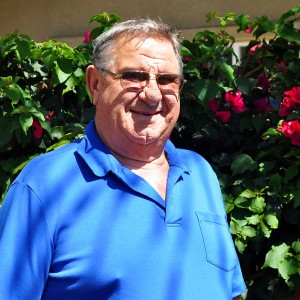 Leonard Hogan went to North Salinas High School, and married his high school sweetheart, Susan in 1965. After many years of working in multiple jobs, including breeding cattle, Leonard began working in landscaping. After working on the 4 homes he had lived in over the past 8 years, he discovered he had a passion for landscaping. Then, a previous job’s strike made him realize that he wanted to rely on himself to make an income and support his family.

He started working for a large landscaping company based in Los Angeles where he learned how to work efficiently in the landscape industry. Soon after that, he and his wife, Susan, decided to move to Redding, California.

Upon moving to Redding from Fallbrook, Leonard and Susan started their own landscaping company, Shasta Landscaping, in 1979, with goals of being a successful family operation from the beginning. They started out as a small landscape maintenance company, but soon expanded and, after getting a contractor’s license, were able to start landscaping small housing projects, including irrigation. They worked with a realtor friend to start expanding on their landscaping projects, until they eventually started commercial work in 1983.

Five years later, they soon discovered that they were outgrowing Redding and Shasta County, so they moved the company to San Diego, CA, where they expanded still. Leonard always believed that they would become the successful family business they are today. 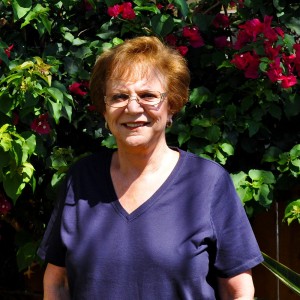 Susan and Leonard Hogan met at North Salinas High School, and were married in 1965. Throughout their early years of marriage, Susan and some friends had a plaster craft company in Salinas, California. However, after moving to Fallbrook, Susan learned bookkeeping and accounting skills by working with her mother-in-law. She also did accounting for the company her husband worked at while in Fallbrook.

She and Leonard moved from Fallbrook to Redding, California in order to purchase a landscaping company that a friend of theirs told them about. Unfortunately, that company was bought out from under them; it was then that they decided to start their own company. After getting their business and contractor’s licenses, Shasta Landscaping was born. Susan started working part time at Shasta, and working at a CPA office, when she realized she could help save Shasta Landscaping money by becoming a fulltime employee, taking care of finances, payroll, and bookkeeping. By taking accounting classes by mail with La Salle, she was able to help ensure Shasta’s success.

Susan and Leonard risked all of their capital to begin their landscaping company, investing everything they had into this dream of theirs. Although she hoped Shasta Landscaping would become a large and successful landscape company, she never dreamed of the success it would one day obtain. 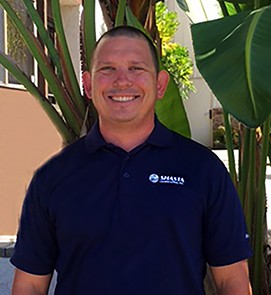 Paul Tilley grew up in Murrieta, where he graduated high school in 1995. Paul then joined the United States Navy, where he worked on aircraft carriers, launching planes. He went to college while in the navy. After being honorably discharged in 1999, he went into construction for about a year. He then went to work in heavy equipment sales, where he met the owners of Shasta Landscaping, Inc., Leonard and Susan Hogan. He then began working with them, learning about the landscaping business on the job, where he worked in the field for half of the day, and made business development calls after lunch to help build a larger clientele for Shasta. He got his CLT certificate, and became the Assistant Superintendent, soon rising in the company to General Superintendent, Vice President, and finally President of Shasta Landscaping.

Opportunity for growth, along with the challenge that faced him, was the motivation for leaving the corporate world of equipment sales to the family run company, Shasta Landscaping. He enjoyed the family dynamic, and instantly felt the intimacy of the company and soon became, not only a major member of Shasta, but a member of the Hogan family as well. After learning all he could in the field, he started working in the office more, getting involved in Human Resources and selling the projects.

His goals as part of the Shasta family are to help build a company that helps people support their families, and to help build a company that continues to thrive through generations. Shasta Landscaping is more than just a company to Paul, it is a part of his life, and he is proud to say that he is a part of this company, and the direction it goes. He is proud that he has had a lot of influence on the culture of the company and how it grows every day. He thoroughly enjoys working with his best friends and his family, and feels very fortunate to be apart of this company. 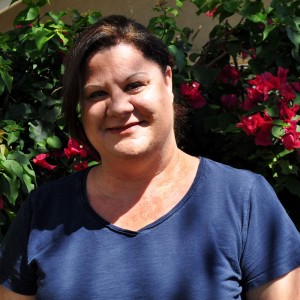 Debi Prescott grew up with Shasta Landscaping; however, she had never expressed interest in joining the company her parents had built. Graduating from Mount Carmel High School in 1987, she then attended Orange Coast College, with hopes of becoming a child psychologist. After attending Orange Coast, Debi began working at Strouds in Escondido, working her way up to Floor Manager. She soon got married and had kids, and quit working at Strouds after her twins were born. She began working at Shasta Landscaping part time as Susan Hogan’s assistant. Debi left Shasta about two years later to accept the position of Assistant Store Manager at Strouds in La Jolla. However, she returned to Shasta in 1999 as a full time employee.

Debi started working in estimating and purchasing, after Shasta Landscaping began flourishing as a company. After learning all she could from her father, she became a self-taught estimator for Shasta. At the time, Debi was working at Shasta to help support her family, her main focus being her kids. Eventually, Shasta became a lifestyle as she had more involvement in different aspects of the company and sought to better it and its success. As she became more involved with the company, it appeared that her mother, Susan, had been grooming her to take over her responsibilities within the company. With her background in estimating and purchasing, it was a smooth transition taking over the role of CFO.

Debi has helped make this company so successful because she understands that, even as an owner, she is still an employee of Shasta; she knows that to be successful, she has to work for the company, the company doesn’t work for her. She hopes that someone in the family dynamic will be able to take over the company and provide for the families that still work here. 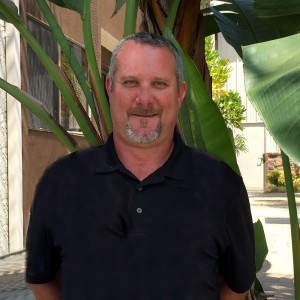 From a young age, Dan Hogan worked with Shasta on a variety of fieldwork. Starting as a summer worker, he learned the basics in landscape work, and continued on to Mesa College, taking classes for landscape design, including landscape and irrigation, design, plant ID, and more. Although he went to school for design, Dan enjoyed working in the field and creating the reality over creating concepts. He has multiple certifications, including IA, CLT, and pest control. Throughout his career at Shasta, he has held nearly every job in the company, including maintenance, installation, supervisor, and original equipment operator. He took two years off to work with his cousin’s landscape company in Orange County doing custom residential installation and maintenance, but eventually returned to Shasta because he wanted to become more involved in the family company, incorporating what he learned over the past two years into the success of Shasta.

Dan is currently the Vice President at Shasta Landscaping, where he is in charge of quality control; he is determined to maintain the same work ethic and pride that his father worked with. He is also the landscape expert, he’s familiar with all aspects of landscape and maintenance, including plant knowledge, pest control knowledge, and install knowledge. He also keeps up to date with the latest technologies and plant materials in order to continue the quality of service Shasta Landscaping provides.

Dan is excited of the company’s growth, and eventually bringing in the new generation to Shasta. He loves seeing the Shasta family grow. He enjoys being able to help the company expand, and being able to help people support their families. Dan has vision and expectations that Shasta Landscaping will continue to advance within the landscape industry. 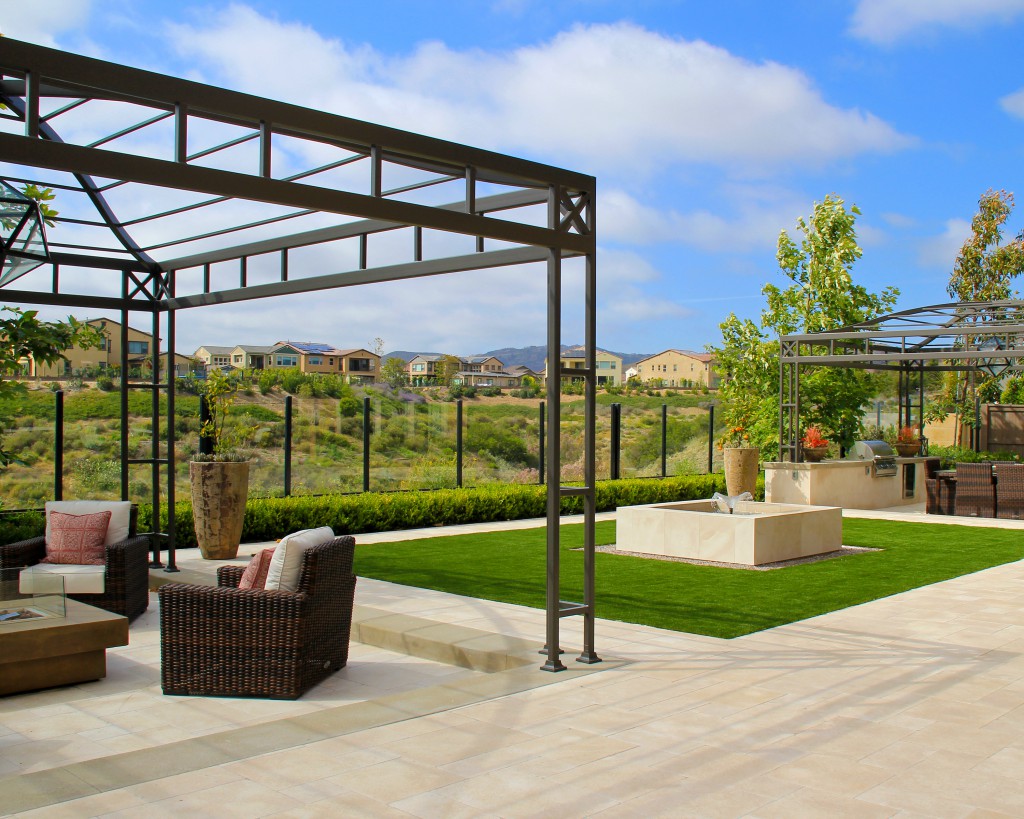 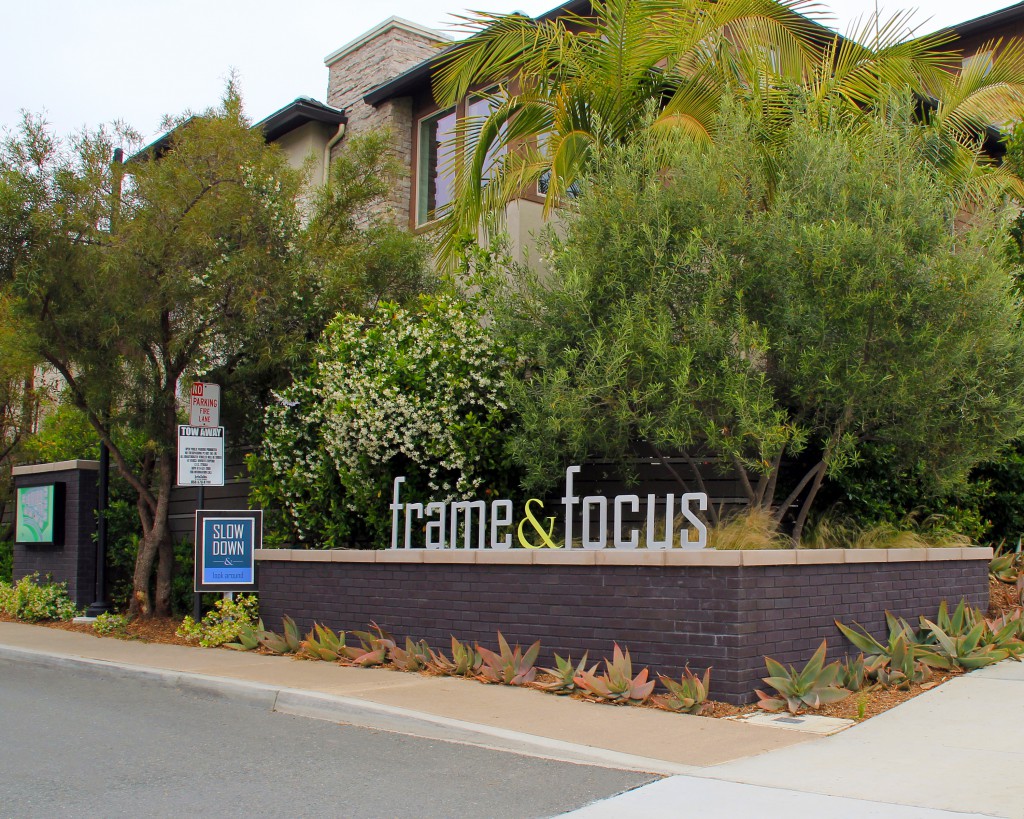 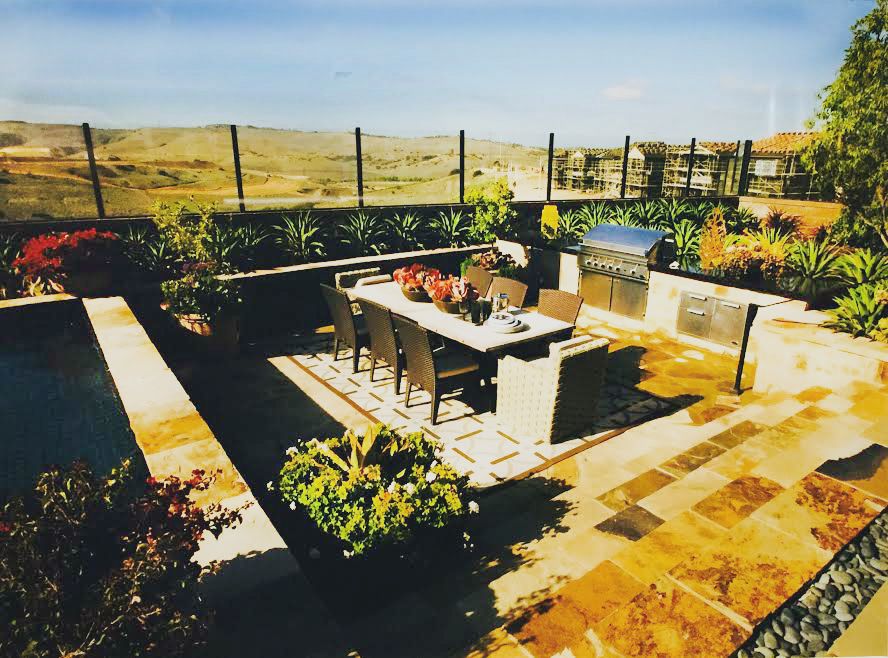 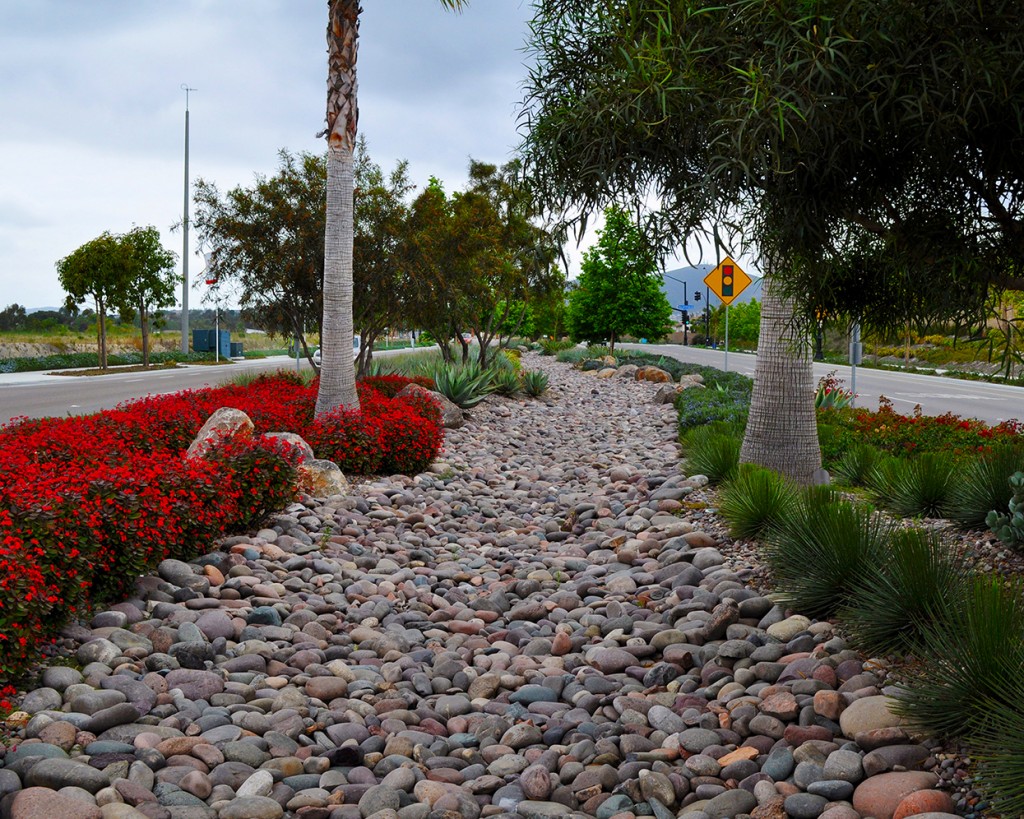 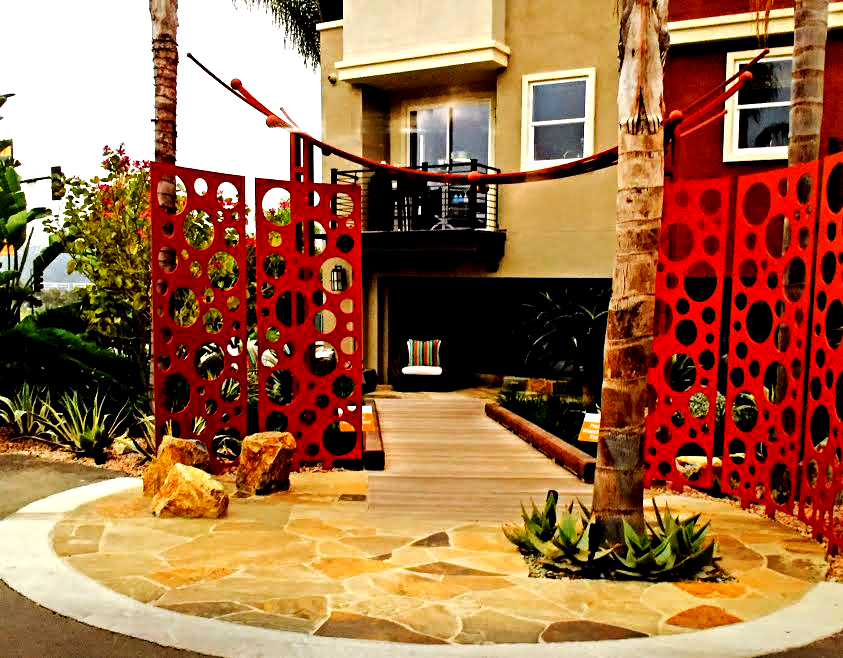 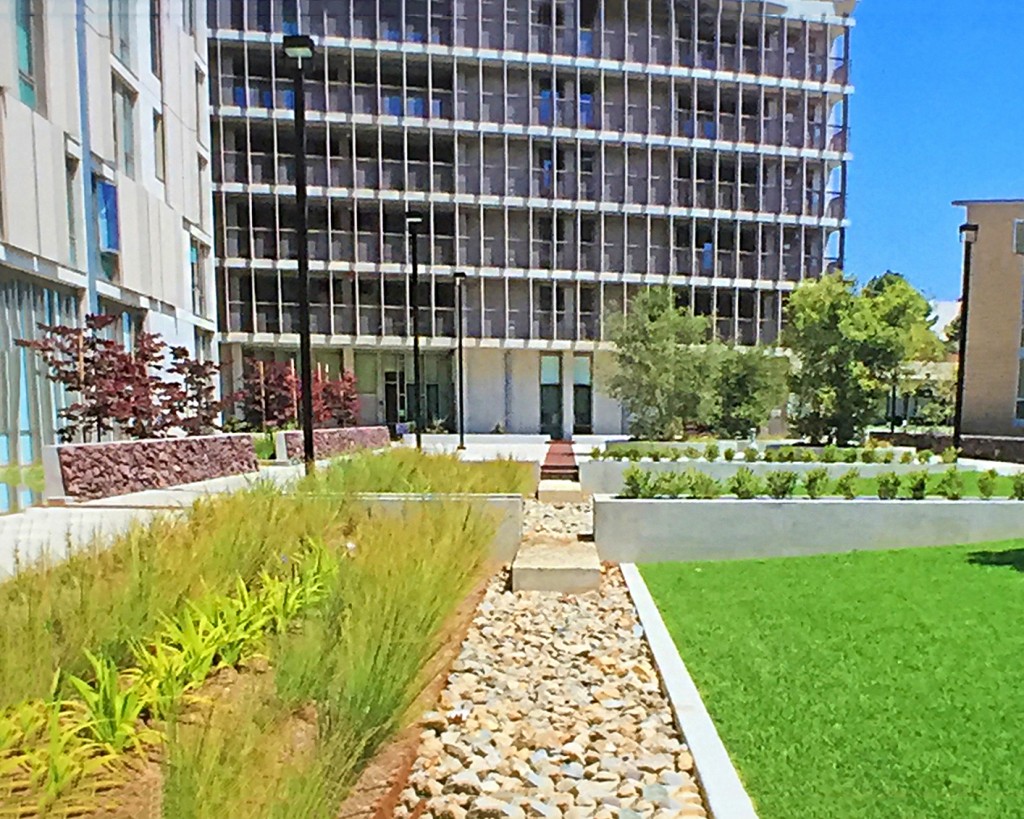 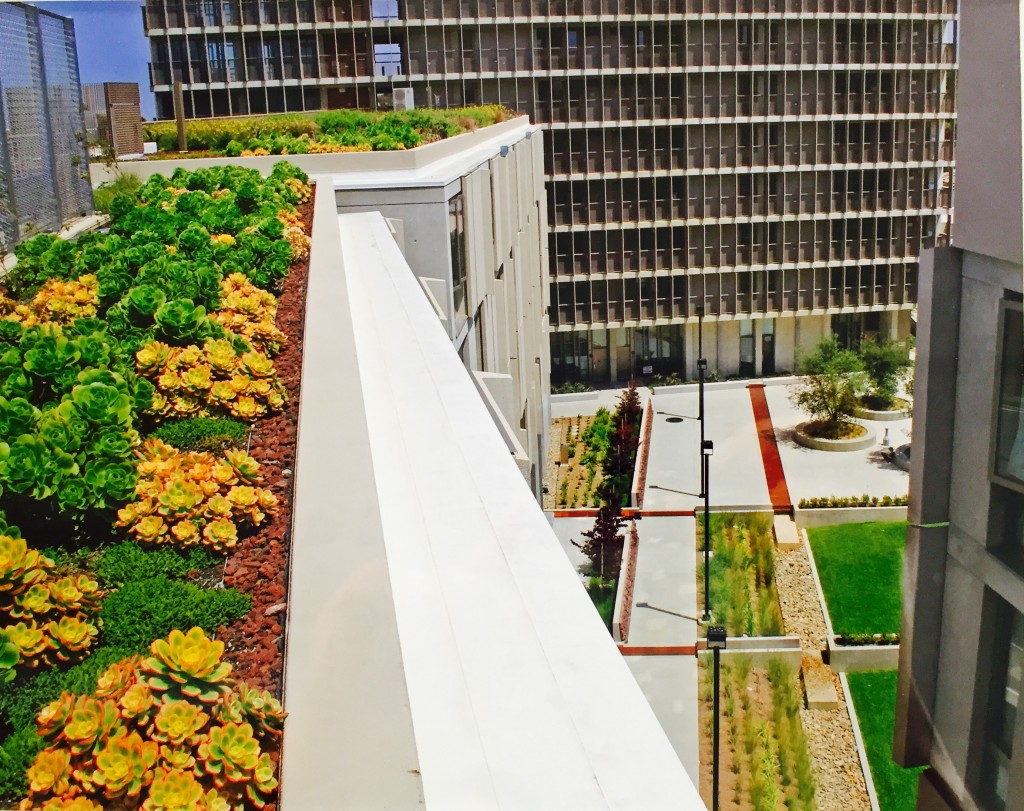 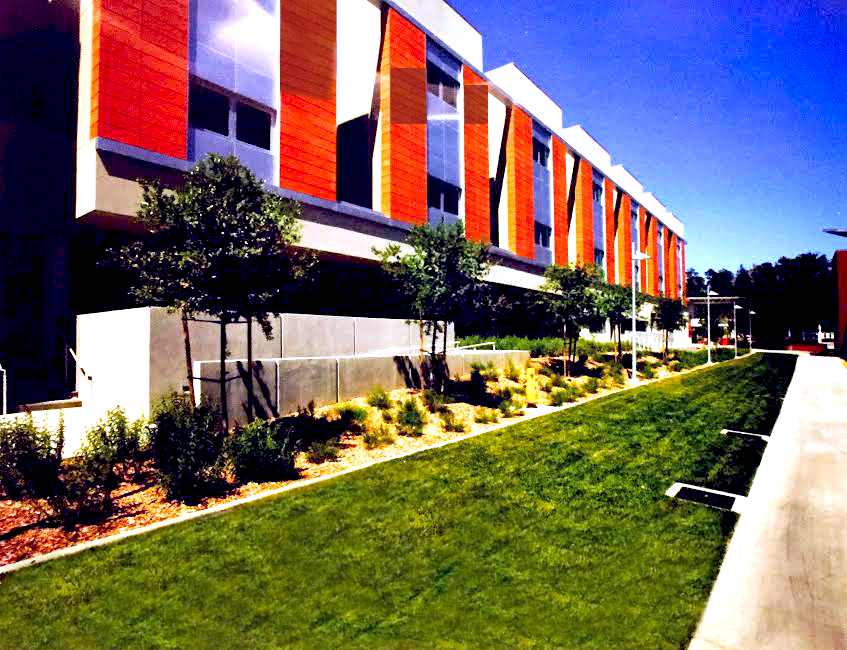